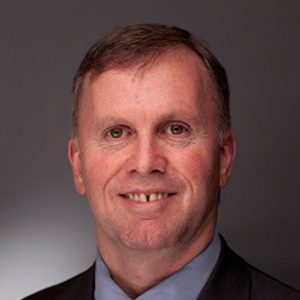 Michael Adams is the Chief Executive Officer of SAGE – Services and Advocacy for GLBT Elders. SAGE is the oldest and largest organization in the United States dedicated to transforming the LGBT aging experience. In partnership with SAGE affiliates countrywide, SAGE serves countless LGBT older people nationally via technical assistance, trainings and services as well as advocacy at every level of government.   In 2009, the U.S. Department of Health & Human Services selected SAGE to establish and run the country’s first and only National Resource Center on LGBT Aging.

Prior to joining SAGE, Michael was the Director of Education and Public Affairs for Lambda Legal. Prior to that, Michael spent a decade leading cutting edge litigation that established new rights for LGBT people, first as Associate Director of the ACLU’s Lesbian and Gay Rights Project, and then as Deputy Legal Director at Lambda Legal.

A graduate of Stanford Law School and Harvard College, Michael has authored numerous publications on an array of LGBT issues. He has taught law school courses on sexual orientation and gender identity and has served on advisory councils for AARP, the American Society on Aging, and the New York City Department for the Aging among others.

The diverse nature of older people and in particular, sub-populations including older LGBTQI people, are often under-represented in policy dialogue and targeted programs. At some levels of development and in the general population there is often an assumption that the experience of older people is the same regardless of their gender, sexual orientation or intersex variations. This session aims to draw attention to the inequalities experienced at the nexus of ageing and LGBTQI identities, as well as explore how that nexus becomes further problematized through additional intersections of oppression including culture, class, age, ethnicity, religion and ability.

Society often understates the fact that life experiences significantly impact and at times jeopardise the health and ability of older people to meet their basic needs. Despite the recent shift in a few countries towards greater acceptance of LGBTQI people and greater recognition of the need for tailored services for older LGBTQI individuals, this growing older population remains entirely invisible in many parts of the world and still experiences stigma and discrimination, negatively impacting their health and well-being, in all countries. As most individuals and organizations who work with older persons embrace a “life course approach to ageing,” earlier life events and the inequalities experienced by individuals throughout their lives have profound impacts on the population of older LGBTQI people.

In addition to exploring the systemic inequalities, this session will also delve into the impact of ageism and age-based discrimination (internal and external) within the LGBTQI community. The loss of community many older LGBTQI people experience compounded with loneliness perpetuates the conditions of social isolation. Additionally, many challenges persist for older LGBTQI people entering the third phase of life. Discrimination against older LGBTQI people while they are receiving and accessing services is still common despite the social, legal, and political advances in some countries that have been propelled into action over the years. Older LGBTQI people are also more likely to experience poverty and financial instability due to laws and regulations impacting access to pensions, social security and other services important during retirement. Financial instability puts older LGBTQI people in a very precarious position, limiting access to housing and appropriate medical treatment. Even when the financial resources are accessible, very few LGBTQI friendly communities and residential care housing are available.

LGBTQI Older Adults in the U.S. – Unique Challenges and Resiliencies Predictive value of neuropsychological tests and correlation with morphometry measurements for conversion to dementia.