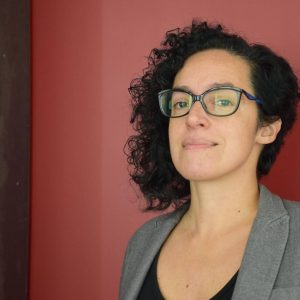 With a background in Sociology and a PhD in Gender Studies, University of Leeds, UK, Ana Cristina Santos works as a Senior Researcher at the Centre for Social Studies, University of Coimbra. Over the years she has coordinated a number of research projects on LGBTQI+, gender, dissident bodies, intimate citizenship and human rights.
Between 2014 and 2019, she was awarded a Research Grant by the European Research Council to lead the cross-national study INTIMATE – Citizenship, Care and Choice: The micropolitics of intimacy in Southern Europe (www.ces.uc.pt/intimate). She is currently the PI in Portugal of two international projects: CILIA LGBTQI+ Lives, funded by the European Agency NORFACE, and Diversity and Childhood, funded by the European Commission (2019-2021). Vice-chair of the European Sociological Association Sexuality RN in 2012-2016, since 2013 she is also Co-Director of the PhD Program Human Rights in Contemporary Societies.

Bringing together distant memories and the current daily management of intimate life, this paper explores the impacts on later life of growing up in a time when gender and sexual diversity was prohibited.  The narratives included in the analysis were produced by 20 self-identified lesbian, gay, bisexual, trans and intersex (LGBTQI+) people in Portugal between 50 and 75 years old in the context of the CILIA LGBTQI+ Lives project.

The paper begins with an overview of difficulties and strategies to overcome illegality before 1982, when homosexuality was decriminalized.  The second part of the paper addresses challenges experienced between 1982 and 2001, when diversity was no longer forbidden but not protected yet.  During those decades, the sociocultural context remained averse to sexual and gender diversity, hence encouraging the closet, particularly in the sphere of employment.

Finally, the paper briefly explores ways in which the future is being prepared, when full formal recognition of LGBTQI+ rights seems to have arrived too late to trigger significant impact on the daily management of life of elderly LGBTQI+ people.  Having remained in a closet that was too large to be undone, and being deprived from sociocultural conditions that would encourage an autonomous network of kinship and care beyond the family of origin, this generation has been fast-forwarded from a past of criminalization to the future of same-sex marriage.

Our research informs the importance of bridging the gap between formal rights and ageing intimate biographies, urging scholars, professionals and decision-makers to tackle the vulnerability that can already be anticipated in and beyond Southern Europe.

Living in extreme poverty: What does it mean for older people? The Men’s Shed – a social health care innovation

If age is just a state of mind: Can existing interventions effectively reduce age-related stereotypes in older adults?