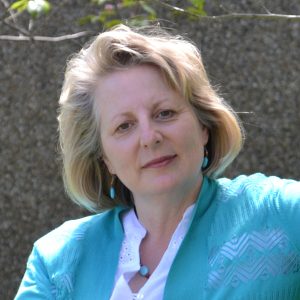 Pamela Fancey is the Associate Director of the Nova Scotia Centre on Aging at Mount Saint Vincent University which has a mission to advance knowledge on aging to inform social policy and practice. Her role at the Centre involves project development and management, fostering relations with stakeholders, event planning, giving presentations to decision makers, practitioners and the community, and representing the Centre on a variety of committees and boards. She has authored/co-authored articles and reports on topics including family/friend caregivers, age-friendly communities, abuse of older adults, resident quality of life and home support workers.

Older Worker Employment: A Look at Why and How

Elizabeth Haggart is a Senior Policy Advisor with Nova Scotia’s Department of Seniors. She was the project lead, strategist and writer of the groundbreaking government strategy, SHIFT: Nova Scotia’s Action Plan for an Aging Population .

Elizabeth, who holds a Master’s degree in Adult Education taught for eleven years in Mount Saint Vincent University’s Master of Adult Education/Studies in Lifelong Learning program while working full time in policy roles with the Nova Scotia government. Over the course of her career, she has worked in a variety of capacities in the public, private, and education sectors in Nova Scotia, Ontario, Mexico, and Jamaica. Elizabeth’s research interests focus on the participation of women, older adults and diverse populations in social, economic, cultural, and political life.

As populations age across the globe, the role of older workers is of increasing interest to many jurisdictions. Older workers are often underrepresented in the labour force (defined as people employed plus those looking for work). Their increased participation may be important to ensuring economic and fiscal stability. Meanwhile, many older adults want to work and/or need to work for their own financial security.

Nova Scotia is at the leading edge of Canada’s demographic shift. Populations projections suggest that in this province of less than one million people, 100,000 fewer people of working age (18-64) will be in the labour force by 2042. However, data released from the 2016 Census of Canadian Population indicate that older adult employment (65 and older) continues to increase, a trend not expected to change.

In 2017, the Government of Nova Scotia launched SHIFT: Nova Scotia’s Action Plan for an Aging Population. The goals of this plan are to value, promote and support older adults. Through SHIFT, the provincial government commits to working with employers and the public to promote the value of older workers and encourage their participation in the labour market; and, to encourage employers to create age-friendly, inclusive and intergenerational workplaces.

In support of this work, the Government of Nova Scotia and the Nova Scotia Centre on Aging at Mount Saint Vincent University have embarked upon a research collaboration to understand the barriers to employment of older workers and how to create age-friendly, inclusive workplaces. This presentation will focus on the findings of this government-university collaboration and some related initiatives underway in Nova Scotia. In particular, key learnings will be shared from a review of current literature on barriers, including ageism, to older worker employment. Examples from the literature that support older worker employment will be highlighted as well as examples of work being done to engage/re-engage older Nova Scotians in the workplace. Overall, the presentation will provide participants with insights into the importance of retaining and rehiring older adults in the workplace, and strategies to support these aims.