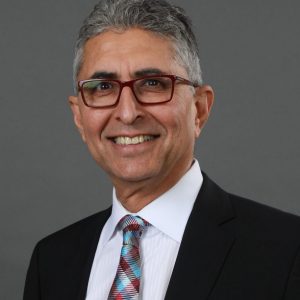 He is designated as a Founder of the subspecialty of Geriatric Psychiatry by the Royal College of Physicians and Surgeons of Canada. He is recipient of the Outstanding Achievements in Geriatric Psychiatry in Canada award by the Canadian Academy of Geriatric Psychiatry (www.cagp.ca) and has served as its President of the CAGP He serves as Chair of the Board of the International Longevity Centre (www.ilccanada.org), Board member of the International Psychogeriatric Association (www.ipa-online.org ), and Chair of the Section of Positive Psychiatry of the World Psychiatric Association (https://www.wpanet.org/).   Dr. Rabheru was honoured to be elected as Chair of the Steering Committee for the Global Alliance for the Rights of Older People (https://rightsofolderpeople.org), a network of over 380 members from over 80 counties worldwide, united in the work to strengthen and promote the rights and the voice of older persons globally.

Open for business. Is Medical Assistance in Dying (MAiD), assisted suicide, or euthanasia ever appropriate for older persons with mental health conditions or psychosocial disability. A debate 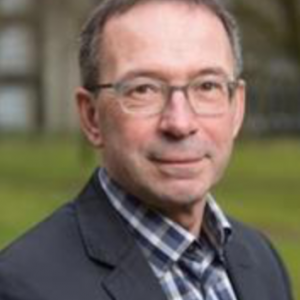 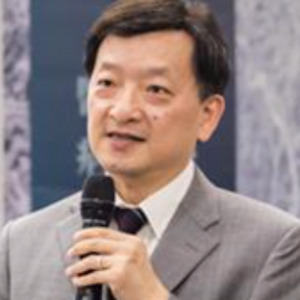 Prof. Daniel Tsai, D.F.C., M.D., Ph.D., is a family physician and bioethicist. He graduated from National Taiwan University College of Medicine in 1989 and earned his PhD in bioethics from the University of Manchester, U.K. in 1999. He is Professor in the Graduate Institute of Medical Education & Bioethics, and jointly appointed in the Department of Family Medicine, the Institute of Medical Device and Imaging, and the Graduate Institute of Clinical Medicine in National Taiwan University College of Medicine. He is attending physician in the Department of Medical Research and chairman of the research ethics committee at National Taiwan University Hospital. He is also the Director of the Center for Biomedical Ethics at National Taiwan University. He is formerly the Vice President of the International Association of Bioethics (2016-7) and currently the President of Taiwan Association of Institutional Review Boards (2018~21). In the Covid -19 pandemic, he is a member of the Expert Advisory Committee to the Central Command Center of the Taiwan government. He has publications in Journal of Medical Ethics, Hastings Center Report, American Journal of Bioethics… etc. and has published books on subject of bioethics, informed consent, clinical ethics committee, case-analysis in medical ethics, research ethics, big data research, and family medicine, and another 100 papers published in Chinese language journals, and 20 papers collected in 20 books. His special research interests include: cross-cultural bioethics, genetic ethics, transplantation ethics, clinical ethics and ethics consultation, research ethics, and medical ethics education. 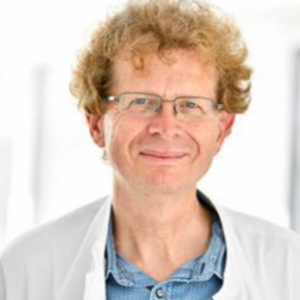 He has also played a leading role in helping to develop the EAPC’s social media activities, in particular the EAPC online blog. He has worked with Liliana De Lima on the (successful) application for essential palliative care medicines to the World Health Organization (WHO) essential medicines list and is a member of the WHO Technical Advisory Group initiat ed in November 2014. His main activity in this group will be focused on the development of WHO guidelines on palliative care. Outside of work, Professor Radbruch enjoys horse riding in the countryside, and being with his family. His two sons are grown up, one working as a veterinarian in Berlin, the other doing his Master’s in engineering in Aachen. He also enjoys salsa dancing with his wife. 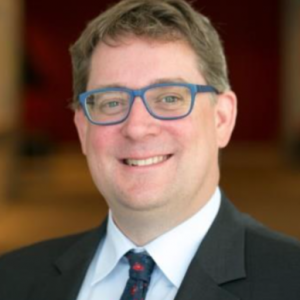 Dr. Mark Lachmann is the Medical Director of Bridgepoint Health, the 465-bed rehabilitation hospital campus of Sinai Health, in Toronto, Canada. He is a geriatric psychiatrist working in community home visiting, long term care, rehabilitation, and acute hospital settings. Particular interests include community care, cross -cultural cognitive assessment, and complex capacity assessments. Dr. Lachmann also serves as a Coroner in Toronto, and sits on the Geriatric and Long -term Care Death Review Committee of the Coroner’s Office. He is the Geriatric Psychiatry Medical Director for the Provincial Geriatrics Leadership Office. He is an assistant professor in the Division of Geriatric Psychiatry at the University of Toronto. Dr. Lachmann served on the Board of Casey House for nine years, Canada’s only stand alone HIV hospital, three of those years as Chair. Prior to geriatric psychiatry, Dr. Lachmann worked as a family physician for ten years on James Bay and Baffin Island.

Dr. Naik is the R.S. McLaughlin Professor of Medical Education and Professor of Anesthesiology and Pain Medicine at the university of Ottawa and The Ottawa Hospital.

He is the Director of Assessment for the Royal College of Physicians & Surgeons of Canada. He has 20 years of experience as an educator and oversees the credentialing of specialist training and the assessment, including examinations, for all medical specialties in Canada. In 2001, Dr. Naik obtained a Master of Education degree from the University of Toronto, and a Fellowship in Education from The Wilson Centre for Research in Education. Following his training, Dr. Naik was recruited to St. Michael’s Hospital, where he started a Research Fellowship program in Simulation, and 3 years later, he was appointed Medical Director of the Allan Waters’ Family Patient Simulation Centre. In 2009, he was recruited from the University of Toronto to establish the University of Ottawa Skills and Simulation Centre (uOSSC) as the inaugural Medical Director. Dr. Naik has focused his career on the integration of simulation into CanMEDS for postgraduate education and continuing professional development. He has over 100 peer-reviewed publications and grants, and in 2007 and 2013, Dr. Naik received honour awards from the Canadian Anesthesiologists’ Society for his international contributions to education. As its Medical Director, Dr. Naik leads the Medical Assistance in Dying (MAiD) Program at The Ottawa Hospital and across eastern Ontario.

The word “euthanasia” comes from the Greek euthanatos, which means “easy death”. Euthanasia, assisted suicide and medical assistance in dying (MAiD) will be used interchangeably in this symposium. This has long been a controversial and emotional topic, with recent societal opinions leaning in favor of it, accounting for between 0.3 and 4.6 % of deaths in countries where it is legalized.  This debate will use an ageism and human rights lens to focus on the complex factors in offering MAiD to older persons with mental health conditions or psychosocial disability.

MAiD has been accessible to eligible Canadians since June 2016.  5,631 Canadians (average age 75.2 years) accessed MAiD in 2019 of which 80% were age 65 or older. Persons with mental illness alone do not currently have access to MAiD, but this is about to change. On March 17, 2021, the laws governing MAiD were amended to open access to MAiD for persons with mental illness alone. The potential impact of this is that suicidal, non-dying, marginalized people suffering from life distress, psychosocial disability, and mental health conditions, with potential to recover with care or treatment may have access to MAiD in Canada.

This controversy has sparked a huge debate.

Many persons with disabilities and human rights advocates have been deeply disturbed on social media. They have expressed strong sentiments about this change.

For example, while Canada cannot guarantee life with dignity e.g. by not providing adequate supports for independent living, which can in turn lead to suicidal desire, Canada can then, under the new proposed legislation, provide the person guaranteed “death with dignity” with MAiD! Even the Office of the United Nations High Commissioner for Human Rights has raised the alarm that Canada’s pending MAiD policy will prematurely end vulnerable lives. The Centre for Addiction and Mental Health has concluded: “There is simply not enough evidence available in the mental health field … to ascertain whether a particular individual has an irremediable mental illness.” After 15 months of studying global evidence, the Council of Canadian Academies came to the same conclusion, as did the Expert Advisory Group on MAiD. Both the American Psychiatric Association (APA) and Royal Australian and New Zealand College of Psychiatrists (RANZCP) have also concluded that there is no evidence to support providing MAiD solely for mental illness. Those who advocate expanding access to MAiD propose mitigating this reality with “safeguards.” This ignores the fact that irremediability is itself the primary safeguard built into the MAiD framework, and bypassing it renders all other supposed “safeguards” meaningless. The debate rages on with the Canadian Psychiatric Association releasing its position statement in 2020 that “patients with a psychiatric illness … should have available the same options regarding MAID as available to all patients.”

Many countries in the world have far more experience offering MAiD to persons with mental illness. In the Netherlands, 110 people were euthanized for psychiatric suffering between 2011 and 2014, with numbers growing fast.  66 of these cases were analyzed. Approximately 70 % were women, suffering with personality disorders, social isolation and loneliness, who had never been hospitalized or received treatment. One woman was euthanized because she complained of a life without love and, therefore, had no right to exist. In Belgium, many disturbingly young persons have been euthanized because they were suffering from depression, eating disorders or post-traumatic stress disorder.  The highest court in the Netherlands has ruled that physicians can end the lives of dementia sufferers who had chosen euthanasia before they fell ill.

This symposium will examine the arguments put forth on the question of MAiD for older persons with mental health conditions or psychosocial disability. Please join the contentious debate with renowned global experts on MAiD including a Canadian Senator involved in the legislation which will be moderated by Mr. Craig Mokhiber, an iconic international human rights expert and Director of the United Nations New York Office of the High Commissioner for Human Rights.

New horizons: What’s next in virtual reality for senior care How could the pertussis vaccination coverage rates be improved to help protect older adults and at-risk groups?