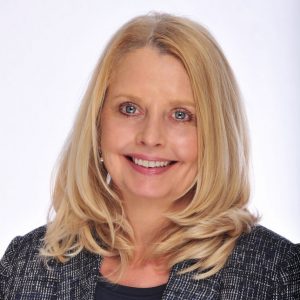 Kris Healy is the Director of Care Services for New South Wales in the Hall & Prior Health & Aged Care Group.

Kris began her journey to the aged care industry with a background in nursing, as well as experience with staff and organisation development through the Department of Community and Health Services in Tasmania.

From 2000, Kris oversaw staff development, education and support for the Danks Group, and was part of the organisation’s transition to Hall & Prior in 2010. She has excelled in this multi-faceted role that oversees operations from multiple distinct departments, including finance, clinical care and human resources.

Through Hall & Prior, Kris has managed organisational transitions and culture development, as well as human resource management and mentoring senior management staff. She oversees and ensures quality and compliance for the organisation’s 11 residential aged care homes in NSW, including one a regional area in the state’s north.

Kris is a talented and motivated leader for more than 1000 of Hall & Prior’s staff members in NSW. She is passionate about providing care for some of the most vulnerable people in the state.

Dementia is commonly associated with distressing behavioural problems that warrant intervention, including physical aggression towards caregivers. Research has indicated that aggression can be managed by modifying the behaviour of the caregiver or modifying the environment.

A secure 48-bed aged care home specialising in providing care to people with dementia had many people with a history of mental illness, as well as a diagnosis of dementia. The home was experiencing an increase in the number of episodes of aggression towards caregivers. To address this, the home developed a project with the goal of assisting staff in managing the responsive behaviour of residents.

The intention of this project was to primarily investigate the relationship between pain, disturbed sleep patterns, behavioural changes and aggressive episodes of the homes’ residents. It was also to assist the staff to understand the causes of the episodes, and manage the underlying symptoms before they resulted in behavioural incidents. This was planned to benefit residents and also promote staff satisfaction and engagement.

The project enabled the staff to complete a holistic review of the residents. This included developing a sleep assessment tool. This was applied to all people together with other strategies that addressed behaviours, including the introduction of music and exercise therapy. Education was developed and implemented to ensure all staff were aware of how to observe a resident from a holistic perspective. The involvement of a multidisciplinary team with this project assisted in including all specialties throughout the care cycle.

The project discovered that when a care person’s pain was addressed and good sleep patterns were established, residents were more peaceful and relaxed. This resulted in fewer incidents of resident aggression and also a reduction in anti-psychotic medication use.

Residents were more rested and they participated in activities for longer. Staff also noted that residents had an increased desire to eat their meals which resulted in more stable resident weights. Residents also would maintained eye contact for longer and had a better social connection with other residents. All of this promoted feelings of well-being both amongst staff and residents.

This project has shown a definite improvement on many levels into the management of behaviour, maintenance and identification of sleep and supervision and support of the resident in pain.

‘It’s good to know that there’s someone who knows’: Creating a Seniors’ Information Hub Creating hope for the end of one’s journey