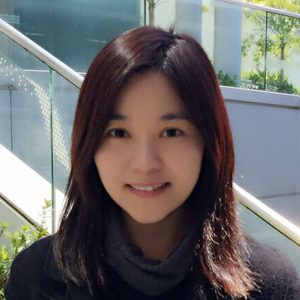 Dr Au is currently a Research Assistant Professor in the Institute of Ageing at the Chinese University of Hong Kong. She qualified with a BA (Hons) in Economics and Psychology and MA in Economics, both from the McMaster University, and a PhD in Pharmaceutical Sciences from the University of Toronto. Her research lies at the intersection between economics and psychology, with particular focus on the connection between health and social policies, mental wellness, and aging studies. She has built several interdisciplinary projects developing and evaluating the clinical efficacy and cost-effectiveness of integrative programs to inform clinical and social practices, as well as improving the measurement of active and healthy aging for policy development and public communication.

Perspective on active and healthy aging: Insight from Hong Kong

Active and healthy aging is central to enhancing the quality of life for older adults, but its conceptualization is not made explicit for Asian elders. In particular, eastern societies are traditionally shaped by a moral value of filial piety, which places a strong reliance on a range of espoused obligations including mutual respect, care and love between parents and children. The endorsement of filial piety is considered crucial to the well-being of older adults in Asia. However, the filial expectations from older parents and filial practices of younger generations have suffered from cultural transitions in the modern societies, including Hong Kong. This presentation will report the findings of a mixed method research study to uncover whether the attributes of filial piety influence the views and preferences of the older adults towards active and healthy aging, and whether the actions and activities of the older adults align well with the key concept of active and healthy aging emanated from the World Health Organization and the United Nations.

Hong Kong, one of the special administrative regions in China, has embraced the eastern and western cultures with a more prevalent indoctrination of individualism than among other eastern societies, such as Mainland China and Taiwan. The life expectancy at birth rates in Hong Kong ranked among the best in the world, where the average lifespan for males and females in 2016 were 81.3 and 87.3 years, respectively. In this presentation, focus group interviews with older men and women across the territories of Hong Kong were conducted along with a set of ranking exercise to facilitate individual expression on active and healthy aging.

Data on values, needs, and preferences towards active and healthy aging were gathered and summarized. The result illustrated how the contemporary filial piety influences the concept of active and healthy aging among older adults in Hong Kong. Also, the relative importance and weighting on the key attributes of active aging segmented by decade of life will be reported. Strategies and action plan taken in Hong Kong will be highlighted to illustrate how the current practices meet both the commitment to filial piety and the needs of the older people. Together with the dual filial piety model presented, this study will provide important references to other modern societies with larger proportions of older Asian immigrants who have migrated in their youth and suggest ways to empower them having active, healthy and engaged lives.