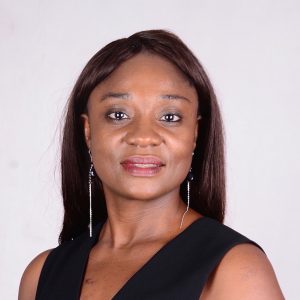 Dr. Lola Kola is a Research Director at the World Health Organisation Collaborating Center, Department of Psychiatry, University of Ibadan. She holds a PhD in Medical sociology, a Masters of Social work degree, as well as a MSc in Medical Sociology. Also currently a Global Mental Health Scholar of the Global Mental Health Scholar programme of the Columbia University, she has a deep interest in the acquisition of knowledge and has been especially keen to seize opportunities for self-development in order to become an even better informed social scientist. Coming from a social work clinical background, her interest has tended to straddle research topics of direct relevance to improved health outcomes. She has developed interest in the social dimensions of health and, following her Masters in Medical Sociology, has become more focused on social determinants of mental health.

Her interest in ageing developed during her involvement in the Ibadan Study of Ageing, a longitudinal study of the health and wellbeing of elderly Nigerians, funded by the Wellcome Trust which she coordinated. Her involvement in that study, the largest of its type in sub-Saharan Africa, initially as a Research Supervisor and later as a co-author on several of the publications, has deepened her interest in the study of ageing and its correlates.

Poverty and Health of the elderly: Roles of Social capital in a low resource setting

Poverty and its consequence of poor health is a major challenge experienced by the elderly in Low income countries. This aim of this study was to explore the roles of social capital (social network, social support and social participation) on poverty and health outcomes of the elderly in South-West, Nigeria.

Using multistage sampling procedure, three districts were purposively selected based on available demographic data. A ward each was randomly selected from the LGAs. A list of households (with persons aged 60 years and above) was compiled from the wards out of which 425 respondents were selected using convenience sampling. Questionnaire was used to retrieve data on socio-demographic characteristics, reported health conditions, income, available social network, social support and social participation. Eighteen Focus Group Discussions were conducted with retired skilled and unskilled male and female groups to explore the benefits of social relationships. Quantitative data were analysed using descriptive statistics, Chi square and Logistics regression at P<0.05 while qualitative data was thematically analysed.

The elderly age was 71±8.9 years and women constituted majority (58.0%) of the respondents. About 64.0% reported various health conditions such as chronic pain (46.4%), high blood pressure (24.7%), migraine (11.1%) and physical disabilities (6.1%). Majority of those who reported chronic pain (50.6%) were less than 70 years, while those who reported high blood pressure (60.4%) were older. More women (65.2%) reported health challenges than men (56.2%). Elderly that live below the poverty line were 78.0% with more of females (89.7%) than males (62.6%). Respondents with health challenges (79.6%) live below the poverty line than those with better health (77.9%). Higher percentage of males (92.0%) reported social networking in the domain of communication with friends and neighbours than females (76.0%). A significant association existed between gender and participation in social associations (χ2 = 38.1). More males (89.0%) participated in local social associations, than females (65.0%). Social support (OR = 0.50; 95% CI = 0.26-0.98) and social participation (OR = 0.4; 95% CI = 0.16-0.84) mitigated the effects of poverty on health of the elderly. The common perception was that poverty causes depression and untimely death among the elderly. Health enhancing benefits of social support and participation were also identified by the elderly.

Enhanced social support, social network and social participation were beneficial in promoting not only the health of the elderly but also mitigated the effect of poverty on their health in Oyo State, Nigeria.