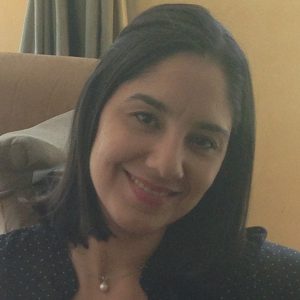 Currently I work in the Cognitive Neurosciences Department at the Cuban Neurosciences Center, under the supervision of Dr. María Antonieta Bobes –León. My general areas of research are cognitive neurosciences and aging, with an emphasis in characterizing cognitive and neuroimaging measurements in aging and neurodegenerative populations.

My current research areas include: 1) identifying patients with mild cognitive impairment by means of neuropsychological, electrophysiological (event-related brain potentials, ERP), and neuroanatomical descriptors; and 2) developing technological tools for the screening, evaluation and rehabilitation of these patients.

I received awards from the Fonds de recherche du Québec – Santé (FRQS). I had the opportunity to exchange with international group of research, including Cognition, Aging, and Psychophysiology Laboratory at Concordia University of Montreal, worked closely with a group involved in the Canadian Consortium on Neurodegeneration in Aging. I also participated in an exchange at Montreal Neurological Institute (MNI) with the purpose of learning advanced tools for the analysis of diffusion MRI data in neurodegenerative disorders.

For my Ph.D., I will be extending the methodology used in my master´s in Neuroscience to include the study of biomarker for early detection of Alzheimer disease and other neurodegenerative syndrome. Including neurocognition and neuroanatomical descriptors.

Predictive value of neuropsychological tests and correlation with morphometry measurements for conversion to dementia.

Introduction: A retrospective cohort study was conducted in subjects with mild cognitive impairment (MCI) and healthy controls (HC) from the “Study of dementia and Alzheimer’s disease (AD)” in Havana, Cuba. The follow-up was performed 10 years after the initial diagnosis and included 48 participants, 27 MCI and 21 HC. The aim of the study was to determine the predictive value of the neuropsychological tests (NTs) for conversion to dementia and their correlation with cortical thickness (CT). Methods: Cognitive performance was evaluated through a neuropsychological battery that explored different domains (attention, memory, language, executive functions, perception, praxis, and visuo-spatial skills). High resolution T1-weighted images were recorded at baseline using a 3T Siemens Trio scanner (Erlangen, Germany). The predictive value of the NTs was determined using the GLMNET logistic regression model included in Matlab (Matworks Inc.) To determine CT, all images were segmented using FreeSurfer (http://surfer.nmr.mgh.harvard.edu), and using a probabilistic atlas of 152 structures. The resulting values were submitted to a correlation analysis. Results: The NTs with a better predictive value of conversion to dementia also exhibited the highest correlations with CT measurements. Specifically, scores on the Learning Word Lists (LWL) and the delayed recall section of the Rey Complex Figure (RCF) test significantly predicted conversion to dementia. The two tests also significantly correlated with the cortical thickness of the Right Lateral aspect of the superior temporal gyrus and Left Orbital sulci (H-shaped sulci), respectively. Conclusions: NTs evaluating episodic and visuo-spatial memory (RCF) and learning and immediate memory (LWL) show a high predictive value for conversion to dementia. Likewise, performance on these NTs is a good predictor of structural changes, as measured by CT.

Older LGBTQI People: Invisibility and Marginalization How the intention of Aging in place is structured: Investigation of the role of personal, built, and interpersonal environments