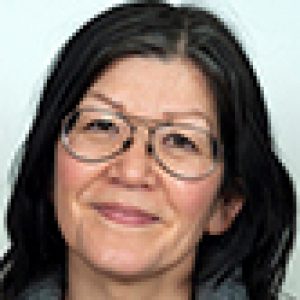 Lisbeth Lindahl is working as a senior researcher at the Research & Development Unit at the Gothenburg Region Association of Local Authorities (FoU i Väst/GR). Lisbeth’s special field of interest is about how to create healthy environments within housing for older people, studies of accessibility and usability within housing and transports, the value of home modifications etc. Many projects at FoU i Väst/GR consist of commissioned evaluative research. She is supervising a doctoral student writing about social inclusion of older migrants in Sweden and is currently working on a project focusing on the use of dialogues to build sustainable housing for seniors together with Inga Malmqvist and Cecilia Kaan.

The use of dialogues with older people is a way to increase the knowledge of their needs and preferences. Moreover, dialogues might encourage older people to raise their voices, contributing to their empowerment. However, even though dialogues are assumed to contribute to age-friendly environments, little is known about their impact. Furthermore, since older persons is heterogeneous group, we may question if the voices of more vulnerable groups are heard. There is no policy in Sweden encouraging the use of dialogues when building new housing estates.

Preliminary findings from an ongoing research project show both positive and negative effects of dialogues. The overall objective is to investigate if collaboration with the local community is a way for architects/constructors to build sustainable housing for older citizens. Mixed methods are used with observations, questionnaires and interviews with tenants, construction clients, architects and civil servants. The project includes four cases where new apartments for older people are under construction or have been built. Different degrees of dialogue are used with potential tenants representing different local contexts. One city is part of the WHO network for Age-friendly Cities and Communities.

Findings from one case show that the older tenants wanted to influence their housing more than they could. However, when being able to do so the majority decided to close a common space for social activities because it was only used by a minority of the households. In another case, the dialogues in the early phases of the planning processes were devalued due to severe delay of the project, jeopardizing the trust from the local community.

Our conclusion is that it is important to use dialogues in a conscious way and not let participants decide aspects of the housing environment that are important for vulnerable groups of older people. Knowledge from this study will be disseminated to politicians and civil servants in the municipalities to influence the policies on how to use dialogues with older citizens to create age-friendly environments.