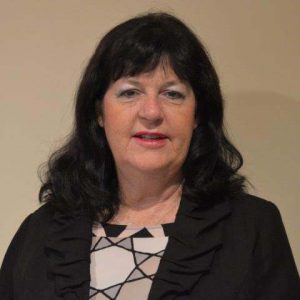 Diane Turner, As the Director Office of Seniors, Diane is responsible for a small team within the Ministry of Social Development. Her and her team support the Minister for Seniors whose role it is to advocate for the issues and interests of older people.

Diane spent thirty years in local government, the last five years as CEO of the Whakatāne District Council. During her career at the Council she also held a number of other positions including ten years as Civil Defence Controller. In 2012 Diane received the Civil Defence and Emergency Management Silver Award for her leadership roles in both the Bay of Plenty floods of 2004 and the Matata debris flow of 2005.

In 2011 she took up the position of Deputy Chief Executive of Recovery Strategy, Planning and Policy Canterbury Earthquake Recovery Authority (CERA), where she was responsible for the development of the Recovery Strategy and Recovery Plans and providing advice, policy and governance structures needed to contribute to the recovery process.

Diane worked for three years at Te Rūnanga o Ngāi Tahu. While there she was responsible for leading the contribution of Ngāi Tahu to the earthquake recovery and development of the shared equity home ownership scheme for whānau and responsibility for the establishment of a Commissioning Agency charged with building whānau capability in the South Island.

Diane has a Bachelor Social Sciences from Waikato University, a Bachelor Town Planning from Auckland University and a Master Business Administration from Massey University.

As Head of Nursing Stephen is responsible for the strategic, academic and operational leadership and management of the discipline, and is tasked with advancing nursing at a local, national and international level. He has extensive experience as an academic and researcher in nursing, and has held senior academic positions in a variety of tertiary education institutions in New Zealand. Stephen has a strong clinical background in gerontology and has taught at both undergraduate and postgraduate levels, as well as supervising graduate students undertaking masterate and doctoral theses.

Stephen’s research interests relate to the health and well-being of communities, particularly marginalised populations’ encompassing sexual minority groups and older citizens, as well as health workforce development. He is the Co-Director of the AUT Centre for Active Ageing. The dissemination of research outputs are in quality assured forums including refereed journals and conferences. He is the current President of the New Zealand Association of Gerontology and is a Fellow and life member of the College of Nurses Aotearoa (NZ).

Since the WHO released the Age-friendly Cities and Communities model in 2007, different countries, states and municipalities have been working to capture the impact of adopting an age-friendly approach in their communities. In 2015 the WHO released a set of core indicators to assist.

New Zealand is a small and well-connected country that is at the beginning of its age-friendly journey. In New Zealand it is often joked that there are 2 degrees of separation not 6. New Zealand has a total population of 4.7 million people across an area just under 270,000 km2. The majority of the population (86%) live in urban areas. New Zealand’s Positive Ageing Strategy (2001) and Healthy Ageing Strategy (2016) place a strong emphasis on ageing in place and supporting community based change. This has been a key element of policy over the last 15 years. This means that as a country New Zealand is well placed to test different implementation and evaluation approaches.

Since 2015 New Zealand has been supporting three communities to implement the age-friendly initiatives. The three pilot communities are Hamilton City, which is an urban city with a total population of 156,800 people, New Plymouth which is a coast city with a population of 74,184 people and the Kapiti Coast which is a rapidly growing coastal retirement community of just under 50,000 people. As pilot communities each community undertook different processes. From November 2017 to May 2018 a small team from Auckland University of Technology led by Associate Professor Stephen Neville undertook a process evaluation with the three pilot communities to understand the strengths of their different approaches and look at what lessons can be applied to other communities in New Zealand.

The evaluation team took a strengths based participatory approach that involved working alongside the people involved in each pilot community as well as the national agency. The evaluation identified the strengths of each of the community’s different approaches and provided the opportunity for those involved to share key lessons on a number of topics such as navigating community factions.

This workshop will provide participants with an opportunity build new knowledge on evaluating age-friendly communities. You will get the opportunity to understand the approach New Zealand has taken to implement and evaluate age-friendly community initiatives through a brief case study. This will be followed by a facilitated debate amongst participants where you will be given the opportunity to test New Zealand’s approach against your own countries experience. How replicable is New Zealand’s experience in your own or other jurisdictions? Learn some tools and techniques for evaluating age-friendly communities using a strengths based approach that combines a bottom up community led development approach supported by top-down leadership.