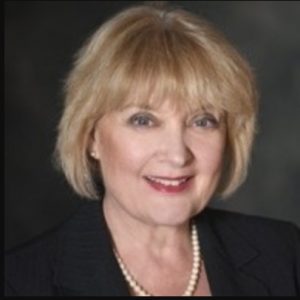 Dr. Beery is a U.S. civil government contractor specializing in project management, process improvement, and organizational effectiveness/development. She has worked in private industry and the civil government contracting workspace for over 30 years and has experienced the transition from sexism in her earlier career to ageism in her post-50 working experience. Her experience with gendered ageism in the workplace led her to conduct research to explore ageism, sexism, and lookism experienced by older working women in the latter part of their careers through the lens of stereotype threat.

Originally from eastern Ontario, Canada, Dr. Beery moved to Virginia where, after earning her MS in Project Management from the University of Wisconsin—Platteville, received her Doctor of Education from The George Washington University in Human and Organizational Learning.

“She’s only got a year or two left in her”: Gendered ageism in the federal workplace.

Age-related stereotypes are embedded in every aspect of American society—the overall culture of society, business, recruiting, training, career mobility, and career advancement (Dordoni & Argentero, 2015; Taneva et al., 2016).  The stereotypes include age-related attitudes and conditions from outside of an organization, such as advertisements and overall stereotyping of older people that employees bring to work each day, which reinforces, encourages, or rejects age- and gender-related stereotypes.  The internalization and acceptance of these societal stereotypes also become part of the office culture and working environment.  However, stereotypes, particularly age stereotypes, are complex and multidimensional, containing both negative and positive beliefs (Dordoni & Argentero, 2015; Duncan, 2003), with sources whose influence spans internally and externally to the work environment.

Ageism and lookism in the workplace, particularly towards older women, is a quiet discriminatory practice.  There are some employees, managers, and executives who are not cognizant that they may be contributing to this type of bias or that it even exists in their organization.  This research study was conducted to explore the experience of women 55 and over in a civil government agency to answer the research question: How do female employees, aged 55 or over in managerial or executive positions, experience age and gender stereotypes in the U.S. federal civil service?

The study focused on one agency to provide a concentrated opportunity in a single environment to identify age-related issues in the interview data, namely influences such as job requirements, work-life priorities, and potential stereotypes they had experienced in the agency that guided their personal and business decisions.  The study also looked at influences, such as family, friends, or the media, that may have affected how they viewed their experience and investigated the potential role that stereotype threat or stereotype embodiment played in their work experience.

Although both stereotype threat and stereotype embodiment play a role throughout the career lifecycle, the focus of this research was on the construct of stereotype threat for women 55 years of age or older who were in the latter phases of their careers.

Older adults with dementia: Their stories tell their journeys Evidence-based action for age-friendly cities and communities