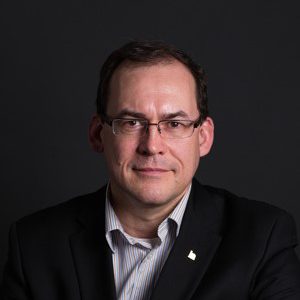 Prior to this appointment, Simon was the Deputy Minister of Economic and Rural Development and Tourism. Previous to that, Simon worked for the Federal Government for 17 years. He was the Regional Director General, Atlantic for Health Canada; the Regional Director, Policy and Communications, for Industry Canada, Atlantic Region; and the Manager of the Canada-Nova Scotia Infrastructure Program with the Atlantic Canada Opportunities Agency (ACOA). His first position with the federal government was with ACOA as the Account Manager responsible for Southwest Nova Scotia, and located in Yarmouth, Nova Scotia. Simon began his career as a stockbroker with the investment firm, Scotia MacLeod Inc.

He holds a Bachelor of Education from l’Université Ste-Anne and a Bachelor of Business Administration, major in Finance, from Acadia University.

He has previously been on the board of directors of Nova Scotia Business Inc.; Innovacorp; Trade Centre Limited; Nova Scotia Tourism Agency; Film and Creative Industries Nova Scotia; and Waterfront Development Corporation Ltd.

Simon is married with two children. His hobbies include playing guitar, astronomy, and wildlife photography.

In March 2017, the Premier of Nova Scotia Stephen MacNeil announced the launch of SHIFT: Nova Scotia’s Action Plan for an Aging Population. SHIFT is a commitment by the provincial government to value, promote and support older adults and their contributions to our province.

Nova Scotia is at the leading edge of the demographic shift in Canada. There has been considerable alarm expressed in the public discourse about the impact of an aging population on the province’s economy, health care system, fiscal situation and society as a whole. However, the provincial government recognized that there is considerable opportunity in the aging population if we overcome the ageists myths that underlie this negative perception.

SHIFT was the result of a major two-year project to identify how Nova Scotia could build on the opportunities in its older population. The work included a research phase and consultation within government, a major public engagement initiative led by the Nova Scotia Centre on Aging at Mount Saint Vincent University, an advisory committee of government and diverse community leaders, and working groups made up of subject matter experts from academia, community, business and government that developed recommendations in support of three major goals.

The result was a comprehensive action plan that involves ten government departments and Nova Scotia’s two health authorities, and emphasizes partnership and collaboration across government and partner organizations and stakeholders and with older adults themselves.

SHIFT has three major areas of focus, 12 commitments and 50+ actions in support of the goals and commitments.

The three major areas of focus are:

In this presentation, Deputy Minister Simon d’Entremont of Nova Scotia’s Department of Seniors will elaborate on the thinking behind SHIFT and share how the provincial government is working to overcome ageism through the implementation of the plan.