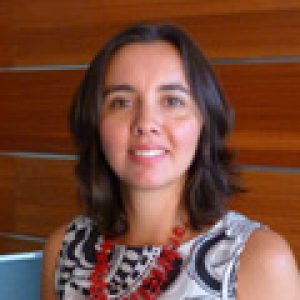 The general objective of the research is to generate an instrument that allows us to measure the phenomenon of structural abuse. This instrument will contribute to improving the qualitative and quantitative planning of public policy by allowing the evaluation of the public policy through the application of this instrument.

The proposal is based on the definition of structural abuse from the National Service of Elderly Persons (Servicio Nacional del Adulto Mayor, SENAMA Chile). The Structural Abuse Mutidimensional Index will analyse the severe deprivations that each elderly person experiences simultaneously regarding economic, health, autonomy and environment dimensions. The economic dimension contains the topics of performance in the labor market, pensions, access to the financial system and material well-being. The health dimension addresses health systems and integrated care. The autonomy dimension contains the education level, leisure and recreation and daily life activities. The environment dimension includes training and generational transfer, social participation, transport and safety.

The Structural Abuse Mutidimensional Index will be able to generate a comprehensive picture of elderly persons experiencing abuse. These characteristics allow the Structural Abuse Mutidimensional Index to be useful as an analytical tool to determine and diagnose the most at risk elderly persons. The study will survey approximately four hundred people from Talca, Region de Maule and San Joaquín, Region Metropolitana, both in Chile.These people are between sixty and seventy five years old.

The study looks to promote and encourage a multidisciplinary investigation, especially in the social sciences, legal system, politics and economics using econometric methodologies focused on understanding the ageing process and old age. This will incorporate national and foreign research and at the same time develop new research topics in the area of gerontology, medical law and economic development.

Autonomy is the capacity to exercise one¢s rights. That is very important because it is a symbol of independence. The focus is education level, leisure and recreation and daily life activities.

In Chile everyone has a legal capacity unless that person is declared legally incapable. Incapacity due to old age is related to dementia, but that is not a psychiatric concept but rather an open concept. This is a big problem because many people are declared mentally incapable by their families, when the person has only a physical disability. Chile needs to modify its law in this aspect. The reasons for this are in the Convention on the Rights of Persons with Disabilities and the Interamerican Convention about the Protection of the Human Rights of elderly people Convención Interamericana sobre la Protección de los Derechos Humanos de las Personas Mayores

Another aspect of autonomy is the education level, which is very important for the development of one¢s autonomy. It is known that the level of social participation determines a good old age. Autonomy involves the functional capacity, but is not completely determined by it. The autonomy has two elements als basis: biological and social. A successful old age depends on these two elements

Economic security corresponds to a priority aspect in the quality of life in old age and the variables related to the labor world also affect the living conditions of the elderly.

In this context, the economic dimension contained in the Structural Abuse Multidimensional Index addresses four items; performance in the labor market, pensions, access to the financial system and material well-being.

On one hand, it is enough to consider that participation in the labor market is associated with better perspectives and a greater sense of life .

On the other hand, pension coverage (retirement) is very important for people, as it becomes the main source of income.

It has also been shown that access to the financial system affects the satisfaction of the needs of the elderly, because it helps them to meet expenses at this stage, and the quality of life of an older adult is related to the material well-being that they enjoy.

In Chile, the care of the elderly represents a challenge for the health system, for which the design of the Structural Abuse Multidimensional Index considers two criteria; health systems and integrated care.

In 2015, the World Health Organisation established that it should aim to protect the development and maintenance of people’s physical and mental capacities during their lifetime. The evidence shows that the highest efficiency of the systems is obtained when there is greater protection of these variables, instead of concentrating on providing treatment to pathologies that can become chronic.

In Chile, the most recurrent diseases among older adults are hypertension (33.3%) and diabetes (14.5%). When analyzing both groups, according to data collected from the 2015 Casen Survey, it is observed that 72% of them were hospitalized in a public hospital.

On the other hand, the evidence shows that adequate nutrition is relevant in the level of life of the elderly, which can also be impacted by the good or poor quality of their medication.

Structural abuse is associated with the environment in which the elderly resides. In this research the concept environment will be understood as the set of characteristics that define the proximate surrounding that is around them. The violence that occurs in relation to the environment is difficult to recognize, because it is not practiced by an specific “author”. Also, who receives this type of violence is not a determined person, but a social category. Often the violence of the environment is not perceived because it does not contain personal aggressions and its mode of action is noiseless. The four dimension that environment include are the following: training and generational transfer, social connections, public transport and public safety. In conclusion, some pending challenges in Chile respect the environment of the elderly are to promote a positive image of old age, achieve the applicability of certain laws and the extension of coverage in some services.