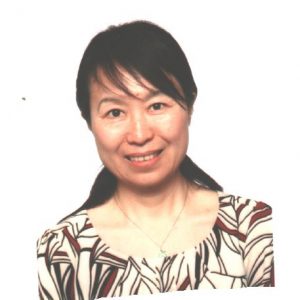 Ivy has been a licensed Immigration Consultant and paralegal since 2009. She has a BA in Legal Studies from University of Ontario Institute of Technology (UOIT) and a MA in Immigration & Settlement Studies from Ryerson University, and will start her PhD study this September. Her research is mainly focus on policies related to older adults/seniors’ immigration and settlement. The topic of her MRP for MA is Super Visa, which is a specific visitor visa for older parent/grandparent. Her study asked the question: what are the real experiences of the immigrant families with Super Visa and whether Super Visa program is a successful alternative for family reunification?

Ivy also is an instructor of CDI College teaching courses for Immigration Consultant Program, and a RA of Ryerson University helping with the research of “Aging Well—partnering to optimize social network and support for older immigrants in Ontario Project.”

Before immigrated to Canada, Ivy had been a lawyer in China and has a Bachelor in Law (LLB) and Master in Law (LLM).

Super Visa Program and its Opportunities and Constraints for Immigrants and their Parents/Grandparents: Findings of a recent study in Toronto

In November 2011, Citizenship and Immigration Canada announced a new Super Visa program to facilitate family reunification, specifically among older adults waiting to be reunified with their children who have immigrated to Canada. Some scholars argue that the program actually adds more barriers to family reunification. We conducted a qualitative study to understand the experiences of immigrant families (older adults and their adult immigrant children) with the Super Visa Program. The primary research question was: What are the experiences of immigrant families using the Super Visa program as an alternative process to facilitate family reunification? In total, 19 semi-structured interviews were conducted in Toronto with Chinese immigrants who had sponsored their parents, as well as parents who had come to Canada on a Super Visa. The findings revealed that the Super Visa program is helpful for family reunification, especially for those whose regular visa applications are not successful. Even those who qualify for a regular visa preferred Super Visa because of its easier application and higher approval rate. Participants also believed that the income requirement and the medical insurance requirement were necessary burdens. Super Visa is still a visitor visa, and parents/grandparents must leave after a maximum of two years. This temporary status does not promote among immigrants a sense of belonging in Canada. Findings also show that what is most valued by immigrants and their parents was the option for the older parents/grandparents to visit their children in Canada whenever they want or need, and leave whenever they wish. Recommendations to improve the program include requiring fewer documents and less information from parents, making the application simpler, and providing more flexible and affordable options for private medical insurance.