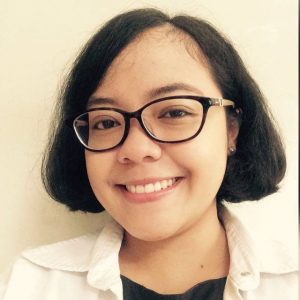 Flora Aninditya is currenty a doctorate student at Faculty of Economics and Business Universitas Indonesia and a junior researcher at Lembaga Demografi FEB UI. She is also an active volunteer in the Alzheimer Society in her city and active volunteer for older people community in the local church.

The chicken and the egg: money transfer from children and older parent decision to retire

Population aging is fast becoming a global challenge, especially for developed countries.  Developing countries like Indonesia face quite complicated problems in fulfilling the present and future needs of older people as the nation ages.  In fulfilling their need and to have better welfare, older people source funds through their labor income, public transfer, and private transfer from family member.  Accompanied by the altruistic behavior of most Indonesian people, transfer from children is found to be an important factor in the process of retirement choice of older people.

This study aims to analyze the impact of private transfer to the retirement decision of older people or parents, while considering there is an endogeneity relationship between the two.  In this paper, panel data regression is employed using Indonesia Family Life Surveys (IFLS) in IFLS4 (2007), and IFLS5 (2014) since the information on the money transfer is available in the latest two waves of the survey.

The findings confirm the existence of the endogeneity relationship such that the pension fund and private transfer are important factors in supporting the financial need of older people.  Children with higher levels of education have larger financial capacity and are expected to transfer more money to their parents.  This finding also suggests that the decision of transferring money from children and the decision to retire are not independent.

Combating ageism, social exclusion and loneliness at the grassroots in Africa, through community-driven social care initiatives, the case of Cameroon Human rights and the well being of the elderly in Rwanda