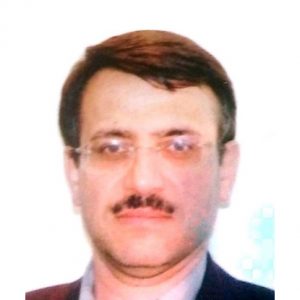 Dr Kashfi is Head of the School of Public Health.

Background: Diabetes is the most common disease related to metabolism disorders. Today, diabetes in the elderly is one of the major epidemics of the century. This study aimed to investigate the effect of nutrition and jogging based BASNEF (Belief, Attitude, Subjective Norm and Enabling Factors)model in changes metabolic parameters that performed in elderly patients with type II diabetes Fasa city.

Methods: This study was randomized clinical trial on 108 elderly patients with type 2 diabetes (54 patients in the experimental group and 54 in control group) referred to the Diabetes centerFasa City, Fars Province, Iranin 2016. Data were collected using a valid self-reported questionnaire including demographic variables and BASNEF Model (Knowledge, Attitudes, Subjective Norms, Enabling Factors), check list for patient`s practices nutrition and jogging based on self-reporting patients, Assess the level of FBS, LDL, HDL, TG and HbAlc patients which was completed by both groups before and three months after the intervention. The experimental group received the training in eight sessions; each session lasted for 70 minutes. Then, the data were entered into the SPSS 22 software and were analyzed using descriptive statistics, chi-square test, independent t-test, paired t-test. P<0.05 was considered as statistically significant.

Conclusion: Plan and implement nutrition and jogging education using the BASNEF model to improve metabolic parameters in diabetic patients is very effective and beneficial. Moreover in the implementation of these programs, control, monitoring and follow-up educational is recommended.

How to achieve quality with in an environment of increasing customer expectations AGE FRIENDLY VILLAGE SELF-GOVERNMENTS IN KERALA, INDIA –AN INITIATIVE TO EMPOWER THE ELDERLY