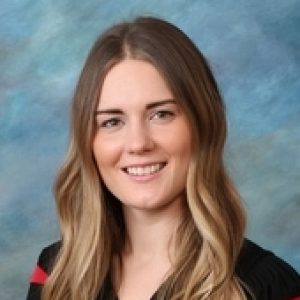 Danielle Just is a second year doctoral student at the University of Toronto, studying under the supervision of Dr. Lisa Cranley. Danielle is enrolled in the Nursing Health Systems cohort of the Lawrence S. Bloomberg Faculty of Nursing in combination with the Institute for Life Course and Aging’s Collaborative Program (Ph.D.) in Aging, Palliative and Supportive Care Across the Life Course. Danielle’s research interest is in exploring the role of the personal support worker in providing palliative care and end-of-life care in long-term care homes to improve the quality of life and quality of care for long-term care residents. Danielle is an active and dedicated member of the ageing research community. She is a research assistant for Dr. Lisa Cranley on a two year feasibility study, funded by the Canadian Institutes of Health Research to explore the development and assessment of a sustainable shared decision-making strategy to engage residents of long-term care facilities. Additionally Danielle is a research associate for Dr. Sharon Kaasalainen at McMaster University, on the mySupport Family Carer Decision Support Study, funded by the Joint Programme Neurodegenerative Disease Research. Danielle strongly believes in interdisciplinary education and research as her academic background is grounded in Health Policy and Kinesiology.

Background
Long-term care homes (LTCHs) have become the place of death for an increasing number of older adults.  This increase is attributed to a growing population of older adults, living with multiple chronic conditions, in advanced stages of illness and with higher care needs.

Purpose
The purpose of this scoping review was to explore PSWs perspective of their role in end-of-life care in LTCHs, with the objectives of describing the in-role and extra-role behaviours PSWs perform when providing end-of-life care, and expanding the definition of end-of-life care.

Methods
A scoping review was conducted using the peaceful end-of-life theory to analyze and synthesize key findings.  Five scholarly databases and the grey literature were searched for relevant articles.  Search concepts included end-of-life care and PSWs.  Articles were included in this review if they explored PSWs experiences and perspectives of providing end-of-life care in LTCHs.

The relationship between sodium intake and some bone minerals and osteoporosis risk assessment instrument in postmenopausal women The chicken and the egg: money transfer from children and older parent decision to retire

Residential aged care in a time of COVID

Innovation in long term care: An oxymoron or work in progress