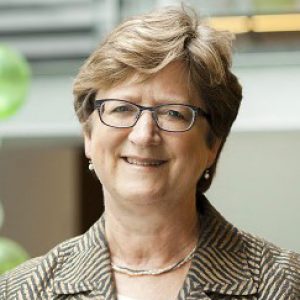 Kathleen has provided education, legal support and risk management guidance to management and staff at a major Canadian trust company and assisted the Public Guardian and Trustee of BC with the implementation of personal planning and guardianship legislation as well as projects addressing the financial abuse of vulnerable adults. She was a member of two BCLI Committees –Modernization of the Trustee Act and Recommended Practices for Wills Practitioners Relating to Undue Influence. Kathleen is a past worldwide council member of STEP (Society of Trust and Estate Practitioners) and is a current member of the steering committees for the STEP Mental Capacity and Digital Asset special interest groups.

Older women make up more than half the adult population in most communities, hold up their communities and families through their caregiving and other labour, and yet disproportionately face poverty, violence, and discrimination. The needs of older women are often ignored by otherwise rigorous feminist work to advance the rights of women and girls, and gender neutral policy efforts aimed at addressing quality of life for older adults often fail to recognize the unique barriers to well-being older women face.

In 2012 the Canadian Centre for Elder Law (CCEL) developed the Older Women’s Dialogue Project (OWDP) to address the invisibility of older women in law reform and policy work. The project identifies and documents barriers to quality of life for older women from diverse cultural communities in Vancouver, Canada in order to enhance capacity for further law, policy, and practice reforms aimed at improving older women’s lives. This community engaged research initiative has resulted in two substantive reports on law and policy reform, five tool development initiatives lead by older women, and one promising practices tool to support governments and community agencies to better include older women in their own work. Over the years the CCEL and project partner West Coast LEAF have met with over 500 women, holding consultation focus groups in ten different languages. The thrust of the work has been to reach older women who are particularly socially or politically marginalized. Activities have thus included diverse women, such as Indigenous older women and Elders, LGBTQ2 women, and immigrant and refugee older women.

The most recent OWDP report outlines 18 barriers to well-being and identifies 30 law, policy, and practice strategies for taking action on the inequality older women face. Issues raised by older women highlight five areas where urgent action is needed to improve older women’s lives: poverty and lack of income security; discrimination, ageism, sexism and racism; lack of access to adequate healthcare and home support; violence and abuse; and barriers to access to justice. Ultimately, an overwhelming theme of consultation findings is the extent to which experience is shaped not only by gender, but also by other factors such as disability, language, Indigeneity, and poverty.

In this oral presentation the speaker will outline the CCEL’s community engaged research process, highlight key barriers to well-being identified by older women, and offer potential strategies for system and legal change to improve quality of life for older women.