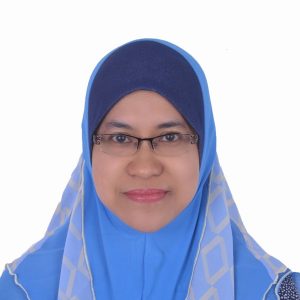 I was graduated Medical School, the University of Malaya in 2000. I have been working with the Ministry of Health, Malaysia in various departments before pursuing Master in Public Health in 2014. I am currently in my final semester of Doctore of Public Health (DrPH) programme from the University of Malaya. My interest in research is the elderly study and currently, I am looking at a different angle of elderly study which is the future older person.

The prediction of active ageing among the non-professional group of public employees in Malaysia: A cross-sectional study

Malaysia is estimated to become an ageing nation in 2030. Ageing population is a world known phenomenon due to the link of ageing and the increasing risk of morbidity and disability, the feminization ageing scenario that exposed the older women to social isolation and development of mental illness, and the older person are at risk of poverty and elder abuse. The Malaysian government is aware of these situation and has included the ageing issues into the national agenda with the ultimate goal is to ensure the quality of life as the population grow older. However, less is known about the ability for active ageing at the population level, particularly the future older person.

The objective of this study is to predict the ability for active ageing among adult population and to determine the factors that associated with it.

The study was conducted among the non-professional group of the public employees who aged between 40 and 60 years old which involved 700 participants. The World Health Organization Quality of Life Instrument (WHOQOL-BREF) was used to predict the ability of the study population for active ageing. It has six outcomes which are the perceived quality of life and health satisfaction, and perceived quality of life in physical health (DOM1), psychological (DOM2), social relationship (DOM3) and environment domains (DOM4). The multiple regression analysis were conducted to explore the correlates of the prediction of active ageing.

It was predicted that the ability of adult population to age actively was moderate. The policy maker should prepare the adult population for active ageing by including the factors identified into a holistic promotion and intervention programme, involving related various agencies. It must start now in order to assist them to age actively.

Dementia in Pakistan: A case study of the epidemic in low and middle-income countries The Role of Unregulated Care Providers in Canada