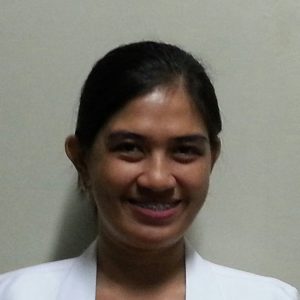 BACKGROUND: The prevalence of diabetes for all age groups is estimated to be 2.8% globally in the year 2000 affecting more men than women. Based on the 2014-2016 annual census of the Department of Family and Community Medicine in Eastern Visayas Regional Medical Center (EVRMC), a tertiary hospital in the Philippines, Type 2 Diabetes Mellitus (T2DM) has been one of the leading causes of consultation at the Out-Patient Department of which 69% were elderly. The disease causes both macro and microvascular lesions resulting to psychological and psychosocial impacts leading to depression. OBJECTIVE: To determine the prevalence of depression among elderly type 2 diabetes in a tertiary government hospital from January to June 2017. METHOD: This is an analytical study on the association of socio-demographic characteristics and adherence to medication among early diabetics with depression. Those diagnosed with T2DM who could read and write were screened for depression using the Geriatric Depression Scale (GDS). RESULTS: A total of 110 elderly diabetics were seen. Of these, only 75 of them could read and write and were selected as subjects. Thirty-one or 41% of them turned positive for depression. Socio0demographic characteristics of elderly diabetics with depression showed that females comprised of 55% mostly belonging to age group 60-69 years old (77%), married (58%), who lived with their spouses (58%), unemployed (42%), mostly with elementary education (45%) and belonging to lower socio-economic class (97%). Their main source of financial support comes from their children (45%). Twenty or 87% of the subjects with depression were adherent to their medication. CONCLUSION: Age is significantly associated with depression in elderly diabetics because as they grow older, they are faced with physical, psychological and social role changes that challenges their sense of self and capacity to live happily. Adherence to medication is important among elderlies with diabetes.

Nursing Homes Without Walls: An Innovative Model for Aging in Place Diversity Framework for the Aged Care Sector