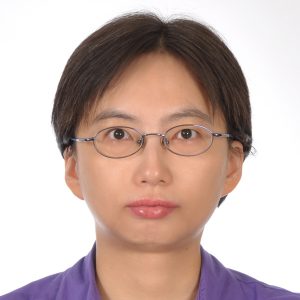 Dr. Hsin-I Shih works as the clinical associated professor with clinical services, research and teaching in the field of Emergency Medicine, Geriatrics, and Infectious Diseases. She works, teaches, and conducts studies regarding public health crisis preparedness and managements. Her teaching courses, research interests and papers focuses on the interactions between elderly vulnerable group and environments such as elderly health impacts after major events, safe environment, social vulnerability evaluations and managements of public health crisis. She assisted Fire Bureau in Tainan City to win the 2016 AFHC/Award to Healthy Cities : Award for Creative Developments in Healthy Cities Category (4): Planning for Resilience and Emergency Preparedness Tainan City. She also worked as the medical experts of National Health Research Institute. She graduated from Chung Shan University School of Medicine in Taiwan with an M.D. degree and MPH degree in Global Health of Rollins School of Public Health in the US.

People with dementia have higher mortality rates and a shortened survival time. The female elderly has higher risk with dementia. In Taiwan, the prevalence of dementia in people aged 65 or over is about 4.97%. Although the number of the dementia is lower than that of most Western countries, the predicted increase of the elderly people living with dementia (2015-2030 and 2015-2050) would be much higher in Taiwan than that of any other countries. The number of people with dementia in Taiwan is estimated to increase substantially. Comparing to the current dementia patient number, the estimated number of dementia from the report of the Taiwan Alzheimer’s Disease Association (TADA) would be 84% increase between 2015 and 2030 and 240% increase between 2015 and 2050.

This study applied spatial autocorrelation statistics to analyze the spatial relevance between the mortality of the elderly females with dementia and the distribution of exercise spaces in townships in Taiwan. The variables “mortality rate with dementia in females over 55” and “mortality rate with dementia and other related causes of death in females over 55”, “average exercise space area per person”, and the rural-urban difference were considered to assessing the relationships. Furthermore, spatial autocorrelation statistics were used to compare the typology of townships in Taiwan in order to find out different characteristics among townships on the effects of the mortality of elderly women with dementia and the distribution of exercise spaces.

Abstract of Study on Elder Abuse in the community in 2017 by Janaseva Foundation Hong Kong: Gerontology Landscape (Part I)