The Role of Vaccination in the Prevention of Antimicrobial Resistance 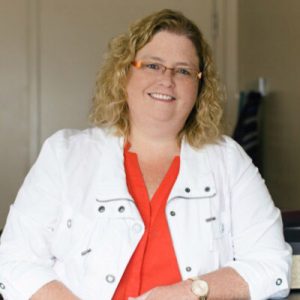 Born in Kentville, NS, Dr. McNeil completed her medical education and internal medicine residency at Dalhousie University followed by a three-year fellowship in Infectious Diseases at the University of Michigan in Ann Arbor.

Dr. McNeil returned to Dalhousie in 2000 and is currently Professor of Medicine and Chief of the Division of Infectious Diseases with a cross-appointment to the Department of Pediatrics. Dr. McNeil is a Clinician Scientist and Deputy Director of the Canadian Center for Vaccinology where her research focuses on immunization policy and program evaluation, the evaluation of the epidemiology of vaccine-preventable diseases in adults with a focus on the elderly and pregnant women, assessment of the effectiveness of vaccines in the prevention of serious outcomes in adults and clinical trials of new vaccines targeted at adolescent and adult populations. She is the Principal Investigator of the Serious Outcomes Surveillance Network of the Canadian Immunization Research Network (CIRN). She is a past member of the National Advisory Committee on Immunization (NACI) and the Chair of Immunize Canada. 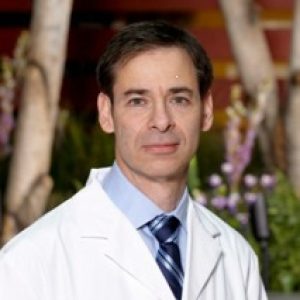 Mark Loeb: The herd immune effects of influenza and pneumococal vaccination have the potential for preventing antimicrobial resistance through reductions in antibiotic prescriptions in the community and hospitalizations that expose individuals to nosocomial infections. Children and adolescents appear to play an important role in the transmission of influenza and pneumococcus. Selectively vaccinating youngsters against influenza may interrupt virus transmission and protect those not immunized. Studies have shown that immunizing children and adolescents with inactivated influenza vaccine significantly protected unimmunized adults against influenza. Similarly, pneumococcal conjugate vaccine in children has been associated with a decline in the prevalence of vaccine serotypes causing pneumococcal disease in the general population.

Shelly McNeil: According to the World Health Organization (WHO), lower respiratory infections were the third leading cause of death worldwide in 2011 (3.2 million). Pneumococcal pneumonia is the leading cause of lower respiratory infection mortality. The Lower respiratory infections trailed only ischemic heart disease (7 million) and stroke (6.2 million) in causing global mortality. Overall risk for hospitalization due to pneumococcal disease increases with age but chronic disease is a significant risk modifier such that those with 2 or more chronic conditions have an equivalent risk to those who are immunocompromised due to autoimmune diseases, while those with 3 or more chronic conditions have a 2-fold increased risk over these groups. Studies in the Canadian Immunization Research Network Serious Outcomes Surveillance has shown that the number of chronic conditions (not age) is the key risk factor for hospitalization with community-acquired pneumonia (CAP) or invasive pneumococcal disease (IPD). Further, mortality risk increases with age due to increasing frailty.

Janet McElhaney: A decline in immune function and increased susceptibility to infection is a hallmark of aging. Influenza is foremost among these infections with 90% of deaths occurring in older adults despite widespread vaccination programs. Common medical conditions and mental and psychosocial health issues as well as degree of frailty and functional dependence may all contribute to the loss of immune responsiveness to infections and vaccination. Influenza is the most vaccine preventable disease in older adults but has a significant impact on disability and quality of life in older adults. Declining immunity with age has been blamed for this observation, as well as increased rates of vaccine failure.   To address this, more immunogenic vaccines are now available including higher dose and adjuvanted vaccines. Several recent randomized controlled trials demonstrate reduced hospitalization in older adults living in the community and in the nursing home setting. More effective influenza vaccination strategies can reduce antibiotic use and pressures that lead to antibiotic resistance; decrease hospitalization rates and related exposure to antibiotic resistant bacteria; and prevent disability in older adults which increases risk for all infections and re-infections associated with antibiotic resistance.