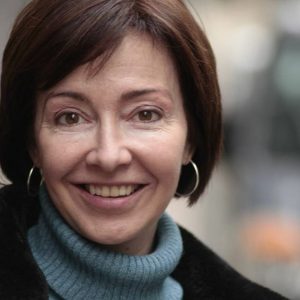 Maite Pozo. Degree in psychology (Deusto University)
Professional experience in the Administrative Unit of the European Social Fund (in the Ministry of Labor), from 1991 to 2009, in the coordination and monitoring of the Community Initiatives of Human Resources of the European Social Fund aimed at the social and labor insertion of people in situations of vulnerability and special difficulties of inclusion.
From February 2009 to October 2011 she worked in the General Directorate of Social Policy of the Ministry of Health and Social Policy, among other functions, as Coordinator of the 2010, European Year for Combating Poverty and Social Exclusion and support to the activities of this Directorate General in the Spanish Presidency of the European Union.
In November 2011, she joined Imserso as coordinator of the 2012, European Year of Active Aging and Solidarity between Generations.
Currently and since 2013 she works in the Institute for the Elderly and Social Services in the Coordination of the Network of Age-friendly Cities and Communities Network in Spain, promoted by the World Health Organization (WHO).

The Institute for the Elderly and Social Services (IMSERSO) is the Spanish organization affiliated to the Global Network for Age-friendly Cities and Communities, which has facilitated the growth and implementation of the Network in our country. The coordination model developed by the IMSERSO of this novel initiative of the WHO has been gradually taking shape, advancing with new actions as the Network in Spain grew.

The objective of IMSERSO as Affiliate is to contribute to the growth, consolidation and quality of the Network of Age-friendly Cities and Communities in Spain. In 2011, IMSERSO became a WHO Network Affiliate. In 2012, 8 Spanish municipalities were part of the Network, in 2021, 205 municipalities are engaged with this initiative. Coordination and support for the Network in Spain has been carried out mainly through the following actions:

The purpose of the poster is to show IMSERSO’s experience as a Network Affiliate, sharing the evolution and progress, activities and the results obtained. We will also address the benefits for IMSERSO of being an Affiliate as well as the challenges to continue supporting the Network within the framework of the Decade of Healthy Aging and the 2030 Agenda.

An analysis of the role of global actors and networks in raising policy priority for elder abuse and neglect Narrowing the digital divide during the corona pandemic: Creating a zoom virtual community from home