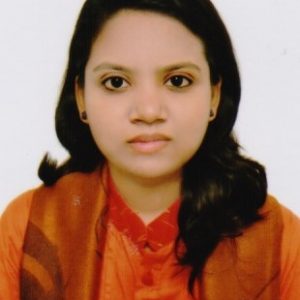 She completed her MBBS from Mymensingh Medical College under University of Dhaka and provided clinical service for one year in the geriatric medicine unit of Dhaka Medical College Hospital, the largest tertiary level health facility of Bangladesh. Farah has been involved in elderly research for last 3 years and conducted research and prevention program on elderly fall in Bangladesh. She recently carried out a research on indigenous elderly population of Bangladesh. Further, she is undertaking a project with elderly Rohingya refugees of Bangladesh as part of her master’s thesis. She is an active volunteer of several elderly care organizations in the community and a member of Alzheimer’s Society of Bangladesh and Bangladesh Association for the Aged and Institute of Geriatric Medicine (BAAIGM).

Background-
Traumatic brain injury (TBI) among all injury types are the most serious in terms of treatment difficulty and have potential life-altering consequences. Elderly people are among those most likely to experience traumatic brain injury second only to young adults.  Although several research studies showed the scenario of TBI in developed countries, little is known about its impact among elderly in low- and middle-income countries (LMIC’s).  A study was conducted in the largest teaching hospital of Bangladesh to determine the causes, consequences and risk factors of TBI among the old-age population of Bangladesh.

Methods-
A cross-sectional survey was conducted in Dhaka Medical College Hospital during May to June 2017 using a pre-tested semi-structured questionnaire.  Every patient admitted in the hospital during this period with a primary diagnosis of traumatic brain injury of any level or severity was included in the study.  Data were collected during admission and at the time of discharge.

A large number (85.7%) of elderly TBI patients suffered from post-traumatic amnesia and 6.5% sustain the condition during discharge.  Road traffic incidents (RTI) was found to be the leading (71.3%) cause of TBI among old age patients, followed by fall by slipping/tripping (9.2%) and physical assault (9.2%).  The majority (63.2%) of RTI victims were pedestrians.  Nearly all (98.5%) patients reported not using any safety-measures during the incidents.  Apart from main roads (72.4%), a significant number (10.5%) of traumatic brain injury among older adults occurred in home environment.  Most (94.7%) respondents did not receive any first aid treatment after the injury.  About 16 % elderly TBI patients had more than 24 hours’ delay in initiation of treatment from the time of injury.

Conclusion-
The outcome of traumatic brain injury among the old age population of Bangladesh is worse than that of other age groups.  Older male pedestrians are the most vulnerable group for TBI.  Further in-depth research and policy interventions addressed specifically to the old age groups is needed to reduce this preventable burden of traumatic brain injury in Bangladesh.

Health status and quality of life of indigenous elderly population of Bangladesh Risk and protective factors for the mental health of empty-nest older adults: A scoping review

Does physical activity improve an interaction between motor control and cognitive fundtions in the elderly?

Risk and protective factors for the mental health of empty-nest older adults: A scoping review