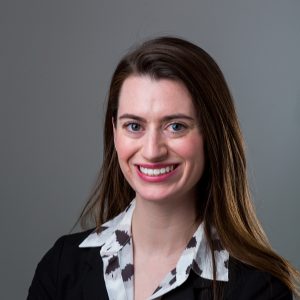 Jensen Davis completed undergraduate study at the University of Illinois Urbana-Champaign and earned a master’s degree in Clinical Counseling Psychology from Brenau University. She is currently completing doctoral study in Clinical Psychology at the University of Missouri-Kansas City under the mentorship of Dr. Joan McDowd. Her research interests are broadly in healthy aging, barriers to aging in place, technology in aging, and developing instruments to better assess knowledge and bias towards older adults. Particularly, she is interested in using novel experimental designs to better track cognitive and physical functioning as they relate to each other over time as a way to detect when intervention is needed. She also has a particular interest in internalized aging stereotyples and ways to assuage the effects they can have on physical, psychological, and cognitive health.

The Facts on Aging Quiz was developed in 1977 as a 25-item True/False test of knowledge about the aging process and older adults. Since that time, it has been used for many purposes including: stimulating group discussion and clarification of misconceptions, measuring and comparing different groups’ levels of information about aging, identifying the most frequent misconceptions about aging, measuring bias toward older adults, and measuring the effects of courses and workshops. A revised version was created in 2015 that modified and added 25 more questions to better reflect contemporary aging research. Attendees can expect to learn about the psychometric properties of the updated version of the quiz and its appropriateness for research and educational contexts. Particularly, the factor structure will be discussed. We will also report patterns of responding as a function of on age, education, and reported familiarity with aging concepts. To assess the utility of the Quiz for assessing age bias, its relationship with other established instruments measuring of beliefs about aging, the Aging Semantic Differential and Expectations Regarding Aging measures, will be reviewed.

A tool such as the Facts on Aging quiz will become invaluable in years to come, as the number of older adults will grow exponentially. It could also be a helpful way to bring about discussion of the stereotypes that people have towards this group and the aging process. These negative views, biases, and stereotypes routinely represent misconception in what truly happens as one ages, and if it internalized, can lead to a myriad of poor outcomes. Stereotype embodiment theory, internalized negative beliefs, as it applies to ageist stereotypes has been extensively studied in areas of physical, psychological, and cognitive health with consensus: older adults who hold negative aging stereotypes are less healthy in each of these domains. Heretofore, a reliable and valid way to measure ageism across the lifespan provides an expanded understanding of ageism. It can and pinpoint areas in which ageism are strongest and consequently most problematic for older adult psychological, physical, and cognitive health. Perhaps more importantly, the measure could be an essential step in the development of interventions that combat the onset of internalized ageism (and perhaps ageism itself) and a way to examine effectiveness and sustained belief change. Such interventions could support sustained health and meaning in the lives of older adults.

In Their Own Words: Older Adult Volunteers’ Expectations of Volunteering and Volunteer Management SHIFT: Nova Scotia’s Action Plan for an Aging Population