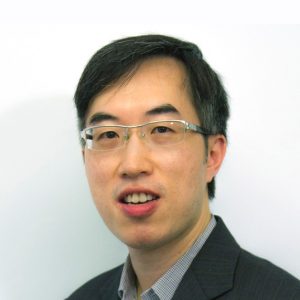 Dr Ngai-Yin Chan received his MBBS degree from University of Hong Kong in 1992. He was conferred FACC, FRCP(Edin), FRCP(Glasg), FRCP(Lond) and FHRS in the years of 2005, 2006, 2010 and 2012 respectively. He is currently Deputy Chief-of-Service and Consultant Physician in the Department of Medicine & Geriatrics in Princess Margaret Hospital. He is also an Honorary Clinical Associate Professor of the Department of Medicine & Therapeutics of the Chinese University of Hong Kong. He has been taking very active roles in different professional organizations in Hong Kong. He was the past President of the Hong Kong Interhospital Network of Pacing and Cardiac Electrophysiology. He is currently the President-Elect of the Hong Kong College of Cardiology. He is also currently the Chairman of the APHRS Public Affairs Subcommittee. His research interest is on catheter cryoablation, epidemiology and community screening of atrial fibrillation, ICD and pacing therapy. He is the first author of over 40 peer-reviewed manuscripts and abstracts. He is the editor of a textbook titled “The Practice of Catheter Cryoablation For Arrhythmias”. He is a manuscript reviewer of Circulation, American Journal of Cardiology, Catheterization and Cardiovascular Intervention, Pacing and Clinical Electrophysiology and Journal of Hong Kong College of Cardiology

What do we learn from screening over 30,000 community-dweling elderly for atrial fibrillation with smartphone electrocardiogram in Hong Kong?

Atrial fibrillation (AF) is the most common heart rhythm disorder and the prevalence increases sharply in the elderly population. There is a 5-fold increase in stroke in patients with AF. Although the risk of stroke can be reduced by up to 70% by oral anticoagulant drug, one third of patients with AF-related stroke are not aware of having this heart rhythm disorder before stroke. This is largely explained by the fact that one quarter of patients with AF are without symptoms. Currently, to reduce the prevalence of undiagnosed AF and AF-related stroke, opportunistic screening for AF by pulse checking or electrocardiogram (ECG) is recommended for citizens aged above 65. However, in a telephone survey on 844 Hong Kong citizens, this recommendation was only followed in 47% of the time. With the advancement of mobile phone technology and ability to perform single-lead ECG with smartphone devices, large-scale community-based AF screening has been performed in Hong Kong in the past few years.

13,122 Hong Kong citizens participated in a territory-wide AF screening program in 2014 and 2015. 239 (1.8%) of them had AF detected by the Kardia mobile device (AliveCor, San Francisco, CA, USA). Importantly, 101 (0.8%) had newly diagnosed AF and 66 (65.3%) of them were asymptomatic. The effectiveness of a non-governmental organization (Hong Kong Council of Social Service)-led, community-based AF screening program carried out by trained layperson volunteers was evaluated in the AFinder project in 2015 and 2016. Smartphone ECG’s from the Kardia mobile device were interpretable in 10,735 (92.8%) citizens. 244 (2.3%) participants (mean age 79.5) had AF and were advised over phone to seek medical attention. Newly diagnosed AF was found in 74 (0.69%) participants. The number-needed-to-screen (NNS) for one newly diagnosed AF was 145. Telephone follow-up on participants with AF was conducted 9 months after screening. Of 72 participants with newly diagnosed AF and indicated for oral anticoagulant drug, 47 (65.3%) sought medical attention, 17 (23.6%) received oral anticoagulant drugs and 16 (22.2%) had 100% compliance. The NNS for one appropriately treated newly diagnosed AF was 671.

Hong Kong: Gerontology Landscape – The Adoption Engine (Part II) A study of the relationship between elderly people with depression and built environment in high-density urban areas: a people-environment perspective